What is Livestock Precision? 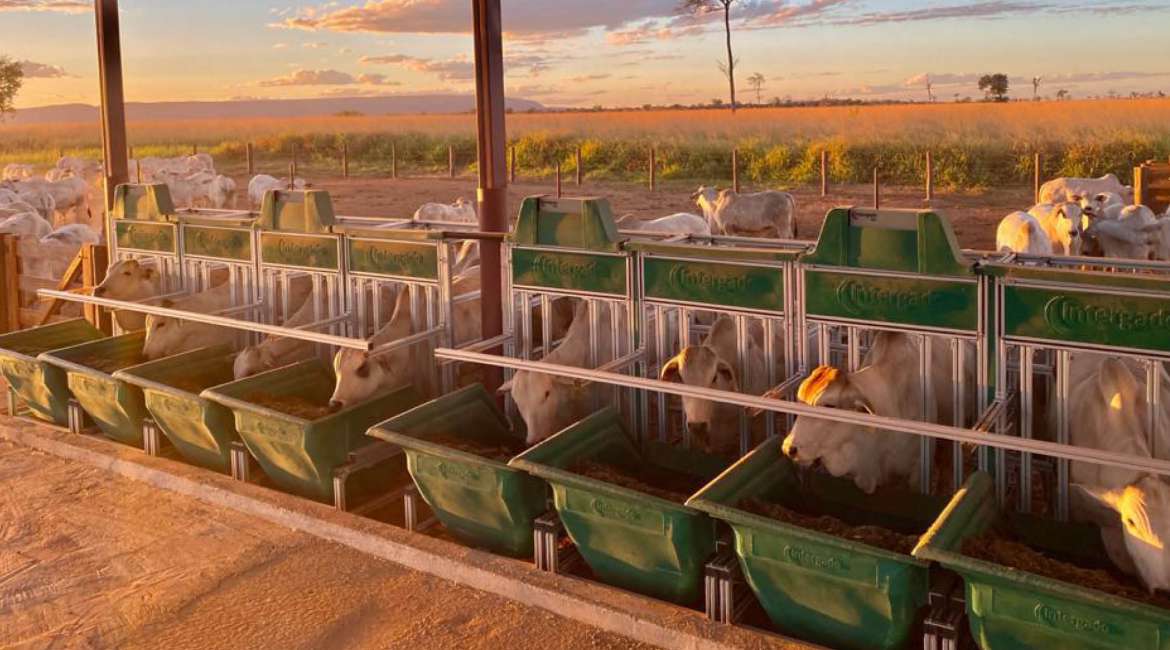 What is Livestock Precision?

The whole world is changing because of the technology. With the rise of the concept of sustainable development in what concerns to the respect and preservation of the environment, the requirements increase, and a lot! These requirements also affected the producers and the old productivity practices that became obsolete or need a general reformulation.

In the agribusiness, this new reality has challenged the producers and creators once the market requirements involve all the stages of production chain since the buying of raw material till the final profit. An urgent adequation to a new agricultural management is more than needed, searching for an intensification to the productive systems with sustainable and the production of more food to the world with less resources.

In this context, a new model that prioritizes the integration of multiple areas of knowledge in favor to a better productivity, cost reduction and a bigger assertiveness in decision making. The Livestock Precision was born as a powerful tool that uses technology that measures behavior and productive animal’s indicators in a individualize way with objective of improve the management strategies, therefore, optimizing the production.

The Livestock Precision, also called Animal Husbandry Precision is based on the data collection, mensuration, and analysis of each animal. These information are obtained in real time in an automatic way that never stops, guaranteeing more reliability and a better use to achieve a satisfactory result. Between the possibilities is the capability of doing earlier interventions in each animal before there is a real problem, what would be impossible in traditional systems.

Thus, for technologies to assist in the producer’s decisions, the recorded data must be properly interpreted by a software and mathematical models so that, depending on them, decisions are made.

THE LIVESTOCK PRECISION IS CHANGING THE WAY CATTLE IS MANAGED

Let’s see how the process works:

THE PRODUCER IS NOT ALONE

Investing in research, with qualified professionals and working on the development of new technologies, INTERGADO developed equipment that do all the required process for the Livestock Precision, since the monitoring until the interpretation of the data, generating information that assists in a faster and assertive decision.

Between the products we can highlight the electronic feeder, that can identify with precision the food consumption on the animal; the automatic drinking fountain which measures the water volume drunk by each animal and the electronic scale which says the weight with precision. In the market we have a lot of tools of animal weighing, since whole weight of the livestock truck, cattle crush weighing system up to a system that measures the weigh while the animal passes by, but none of them has the most precise weighing possible, with a calm animal, immobile, drinking water in a voluntary way, this weighing is provided by INTERGADO. The voluntary weighing can be done in movement, if we talk about the system that measures the weight while the animal passes by, but with INTERGADO technology it is made with the animal immobile, been way more efficient in the weight measuring and with less stress possible. The data collected is kept in the cloud and can be accessed online, in any day or time by anyone who is registered in the platform.

STAY ON TOP OF YOUR PRODUCTIVITY

The INTERGADO solutions for the Livestock Precision are worth to be known by who desires a more efficient management production, reduce expenses, and improve the real gains. Know more about the INTERGADO Technologies that can make a difference on the result of your production, whether it is beef or dairy cattle.

The technology developed by INTERGADO shows a highly efficient product. The electronic feeder together with the electronic scale allows to identify the amount of feed ingested by the animal and what it is its conversion in body weight, allowing the genetical selection based on feed efficiency. Besides, the electronic system track how much raw material was used.  With these data, it is possible to charge the suppliers.

The usage of electronic feeders it is a reality in many selection programs for genetically superior animals.

The voluntary weighing in an electronic and automatic way that has been showed more efficient and beneficial.  With it the animals don’t need to be taken to the cattle work corral, saving work force, animal stress and transcription errors of the data weighing.

With the tracking of the daily gain weight and consequently the performance and growth of the animal in an individualize way it is possible to preview the slaughter based on maximum individual or herd profit.

Based on the daily weighing, having the animal inventory and the weigh stock of each cattle work corral constantly it has made a possibility with the Livestock Precision.

The ability of visually evaluate an animal to detect if there is any clinical sign of stress or illness can be in it’ last days. With the increase of the cattle all over the world, the necessity of highly qualified professionals and the use of technology is more than needed.

Sharp drops of performance can be sanitary problems in the group or individually, allowing that the necessary animals are treated and getting back to the average score of the group, decreasing the excessive costs of late diagnosis and recovery.

Learn more about the Livestock Precision and the solutions that INTERGADO is constantly developing for the sector. Find out which one fits better to your property. Certainty, you will have new arguments to make your decisions more assertive and way more profitable.

Click here  and welcome to the new world order agribusiness. Welcome to INTERGADO! 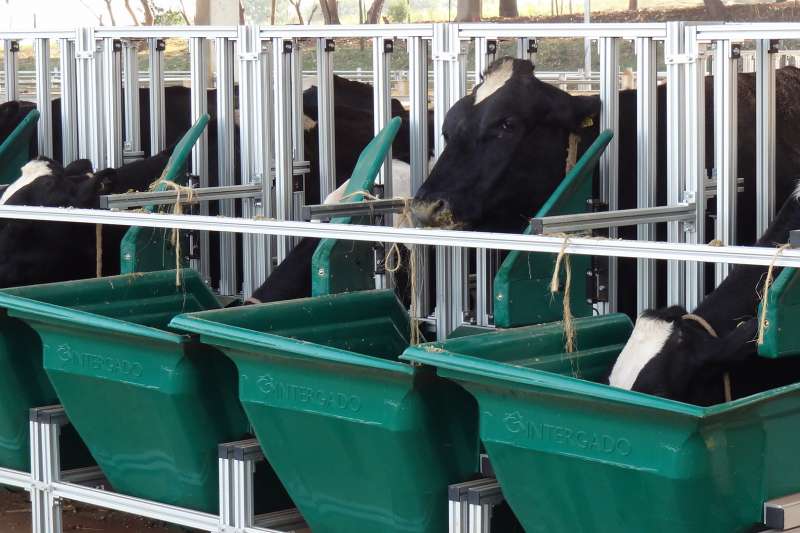 The technology in favor of the productivity

Previous Post The technology in favor of the productivity 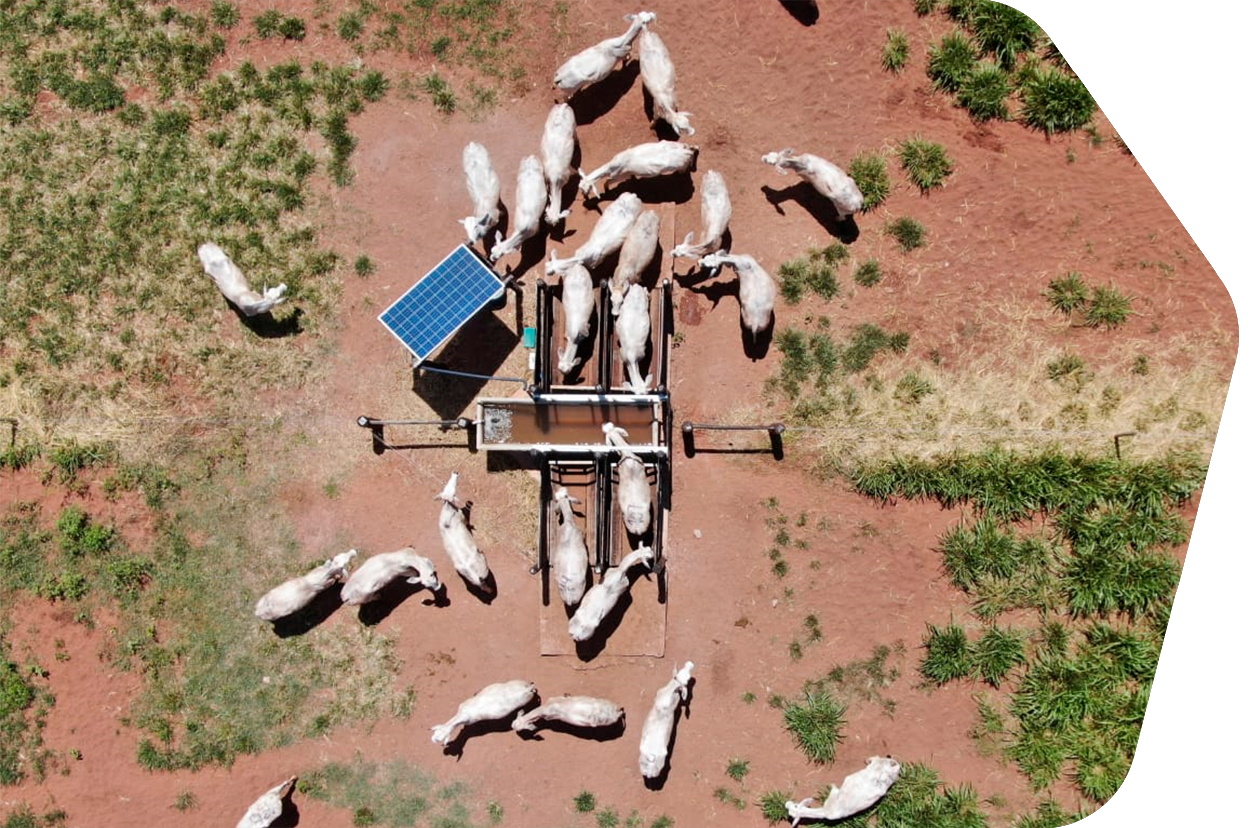 INTERGADO was developed to be part of the Brazilian agribusiness transformation.

We believe in the potential of precision technologies to support quick decision making, aimed at the efficiency of productive systems.

Any cookies that may not be particularly necessary for the website to function and is used specifically to collect user personal data via analytics, ads, other embedded contents are termed as non-necessary cookies. It is mandatory to procure user consent prior to running these cookies on your website.